201916+ 3 SeasonsReality, Variety & Talk Shows
Six strangers share a fabulous house in Tokyo, looking for love while living under the same roof. With no script, what happens next is all up to them.
Starring:You, Reina Triendl, Yoshimi Tokui
Watch all you want.

Six strangers share a fabulous house in Tokyo, looking for love while living under the same roof. With no script, what happens next is all up to them.

The members gather at their new house in Setagaya. Aged 20 to 31, with jobs from illustrator to actor, their time living together begins now.

Haruka asks Kenji for a guitar lesson and they promise to hang out on the weekend. Some of the members discuss their dreams over drinks at home.

Though Ruka and Risako go out for pancakes and a movie, Ruka isn't sure if it counts as a date. But when Ruka gets a fever, Risako takes care of him.

After Haruka picks up her guitar in Harajuku, Ruka gives her a ride back to the house. While playing cards together, Risako and Ruka make a wager.

The house rings in the Reiwa era. Ruka gives Risako a ride to parkour practice, Haruka enters a drag race, and Kaori and Kenji go out for burgers.

6. The Grass is Greener on the Other Side

Haruka and Ruka go on a date; over a steak dinner, she asks him what he thinks of Risako. It seems that romance is on everyone's mind.

7. Woman to Treat and Woman to Split the Check

The atmosphere gets a little strained as Haruka and Risako find it difficult to talk to one another. They know they're both interested in Kenji.

The ladies of the house go to lunch together, where they agree that the guys' passivity is unsatisfying. That night, Risako tells Ruka and Shohei.

Both Risako and Haruka declare that they're interested in Kenji, which leads to a serious late-night argument. Later, Kenji hears about it all.

10. The Boy That Gets Treated

Kaori admits that she's losing confidence in her artistic abilities, but Kenji isn't very supportive. Ruka talks about his dreams, but he lacks focus.

The night of her birthday party, Kaori and Ruka talk for a long time. Kenji tells Shohei he's got feelings for Risako, and he's planning to tell her.

As Kenji and Risako's story reaches its conclusion, Ruka faces a choice. A new member opens the door to the house as life in Tokyo continues.

The weather is stormy, but Kenji and Risako head out for a beach date and Kenji confesses his feelings. NBA star Rui Hachimura stops by the studio.

Kaori meets with a friend to talk about her art and her feelings for Shohei. The night of Kenji's farewell party, Risako makes a surprising decision.

15. A Man's Worth is Determined By His Job

In an action acting class, Shohei and Haruka do pretty good in their fight scenes, but Ruka fails to shine. Two new members arrive in the house.

Peppe and Haruka have drinks on the roof one night and talk about his relationship history. The members use the house pool for the first time.

Peppe invites Emika to go to the beach after playing video games with Haruka. Ruka applies for a new job, then asks Emika out on a drive.

Emika and Peppe take their trip to Zushi beach. After a night swim, Shohei tells Ruka about a big decision before heading out the next morning.

Emika and Ryo hit it off during their baseball outing, while Peppe and Haruka enjoy an afternoon playing Pokémon Go. Housecleaning is in the air.

Kaori makes a shocking announcement, and an outgoing new house member smashes in and makes waves. The girls gossip about the boys.

Change is in the air as the members bond with the new arrival. Energetic Hana is love-struck by Ryo, while Emika reveals she's hanging out with Ruka.

Peppe makes progress on his manga; Emika and Haruka discuss their insecurities. Hana gets jealous of Emika after they both cheer on Ryo at his game.

23. Friendship Between Men and Women

Tensions rise in the house when Hana has her long-awaited date with Ryo. Emika worries about her future prospects both professionally and in love.

After an intense encounter, Emika makes a stand. Peppe and Haruka go on their long-awaited date, but nerves and other priorities get in the way.

Life in Tokyo continues: doors open and close in the house, bonds are born and tested. As Ruka takes his next step, Hana meets new rivals.

Athlete Yusuke Tamuara joins as a studio guest, and Haruka gives Peppe her answer. After Ruka makes a special dinner, he gives a speech in English.

Friendships are never forgotten as Peppe takes his next step. The house takes on a more international feel as three new members arrive.

Members new and old get to know each other. Hana gets serious when Ryo returns home with an injury, and the housemates throw a Halloween party.

Kai offers Hana some emotional support as Ryo and Vivi grow closer. Tupas reveals more about himself to his housemates.

Comedian Chiemi Buruzon joins the studio. Kai works on his next routine, while Hana seeks advice from friends and the girls go on the offense for love.

Tupas treats Emika to a movie and dinner, and the female members go to Kai's standup show. Awkward encounters ensue between Hana, Vivi and Ryo.

The members go out for dinner together and Ryo shares some upsetting news. Later, he discusses his feelings honestly, and Vivi makes one last stand.

Emika tells Hana about her decision before her romantic date with Tupas. Kai and Hana bond, and attractive new tenant Toshiyuki joins the house.

34. Case of The Bottled Beer Incident

Tupas and Emika leave the house, and new members Yume and Shion arrive. Toshiyuki goes on offense to get closer with each of the female members.

35. The Monster in the Hallway

Vivi tries to make plans for Christmas with Ryo, but when it doesn't work out, Toshiyuki tests his prospects. The house gets into the holiday spirit.

Toshiyuki and Yume go on a passionate date, but Yume is hesitant about the next steps. Kai gets some advice and the members ring in the new year. 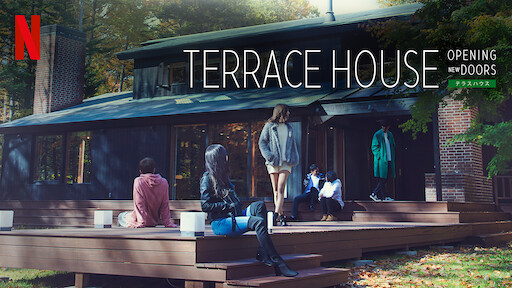 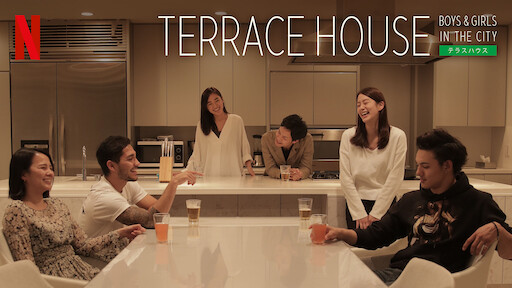 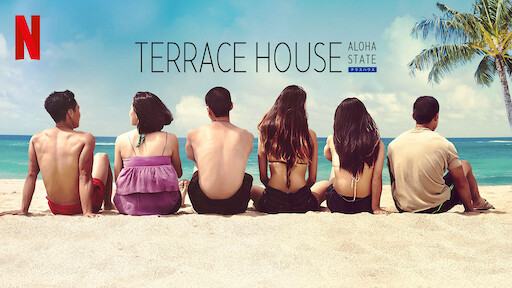 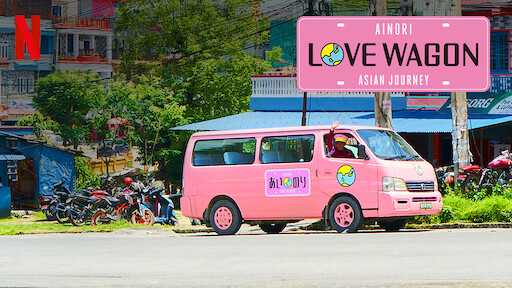 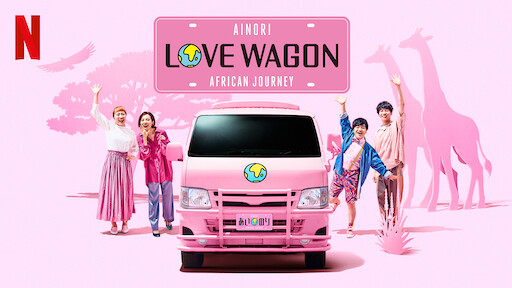 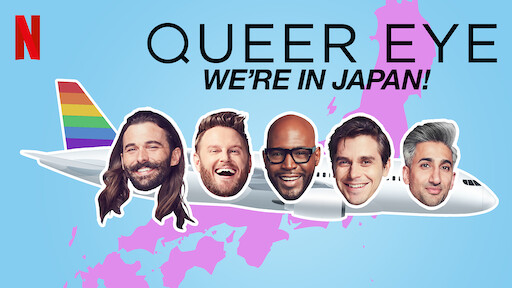 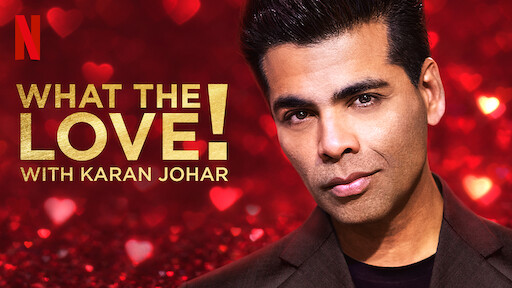 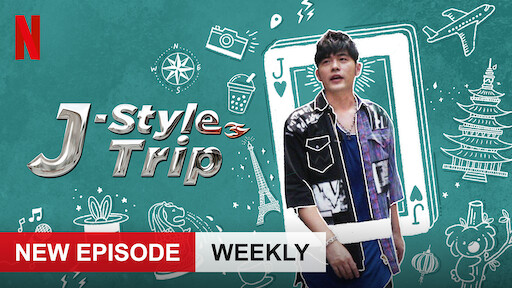 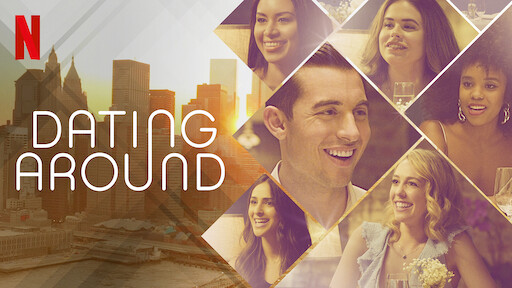 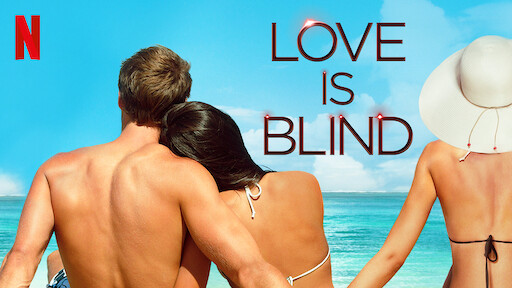 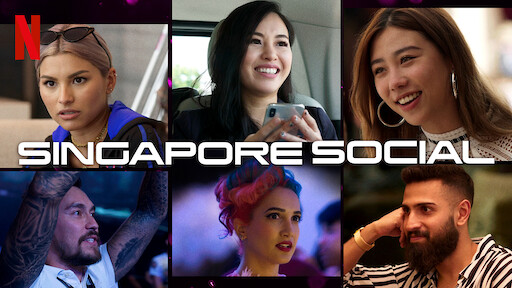 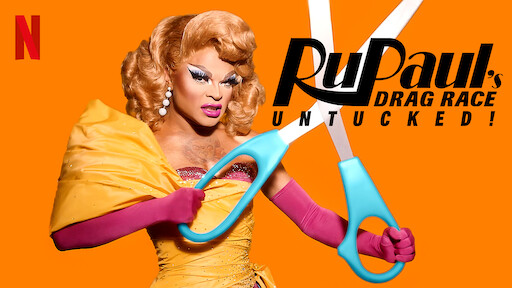 Ghost in the Shell: SAC_2045
After a global financial crisis, the world is engulfed in an AI-driven "sustainable war." It's up to Section 9 to counter new forms of cyber threats.
Escape from Hat
A desperate rabbit rallies an unexpected band of allies to help him escape from inside a magician's hat and return to the human boy he loves.
Wonderoos
An adventurous and lovable team of clever young creatures play, grow, laugh, learn and sing together in colorful Zoo York City.
Reality Z
A zombie apocalypse imprisons contestants on a Brazilian reality show in a TV studio, where they try to evade the flesh-eating hordes.
Yours Sincerely, Kanan Gill
Revisiting life goals set in a letter written as a teen to his future self, comedian Kanan Gill reports back on if he's lived up to his own expectations.
Too Hot to Handle
On the shores of paradise, gorgeous singles meet and mingle. But there’s a twist. To win a $100,000 grand prize, they’ll have to give up sex.
Untitled Naomi Osaka Documentary
This docuseries follows tennis superstar and multiple Grand Slam champ Naomi Osaka in the high-pressure year running up to the 2020 Olympics in Tokyo.
KAOS
This genre-bending series puts a modern twist on Greek and Roman mythology, exploring themes of gender politics, power and life in the underworld.